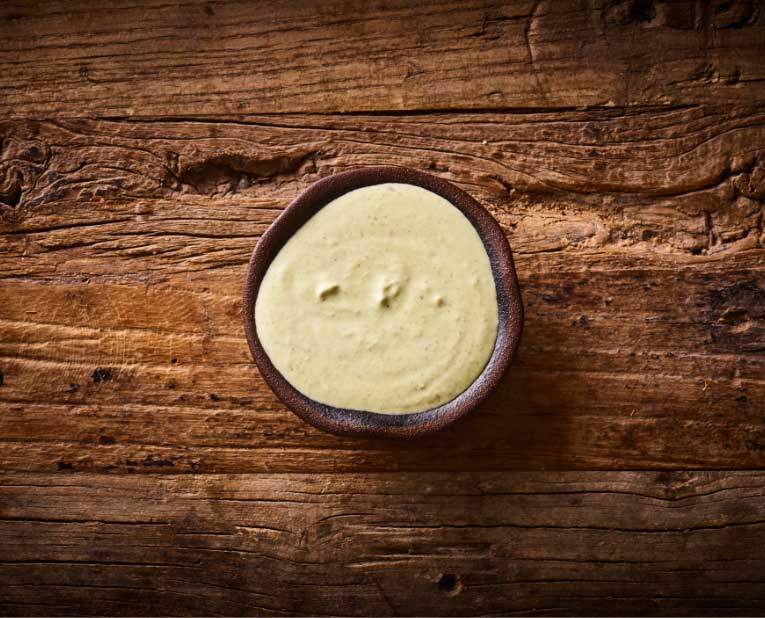 Raita is made from Indian yoghurt (called Dahi or Curd) and raw or cooked vegetables – sometimes, though not often, it’s made with fruit. Like so many other Indian dishes and side dishes, the Raita can vary tremendously depending on where on the Indian subcontinent you get it.

Raita is never a dish in and of itself, but always serves as a side dish or accompaniment to larger dishes, just like, for instance, bread and rice similarly do. The closest thing we get to something like the Raita in the West, is probably a dip, even though this, in most cases, is far therefrom.

Unlike the many exciting spices there exist in the giant Indian kitchen, the Raita is actually often used to cool down the tastebuds while eating hot and spicy food. It, therefore, often act as a complimentary contrast to a larger meal.

”Just like yoghurt, the Raita balances and calm down the stomach”, says Amer Suleman, founder and head chef of Bindia. Bindia’s Raita is therefore devised with our more sourish curries in mind. Our Raita, furthermore, compliments our food perfectly as it contains spices you won’t find in our curries, like puppy seed and anise.

At the same time, the vegetables and vitamins in Bindia’s Raita make sure that you’re always nutritionally covered.

No doubt, the perfect companion for the many dishes of Bindia!

Try our Raita at your local Bindia in Østerbro, Nørrebro, Frederiksberg, Amager, Lyngby, and Søborg, or simply order it here.