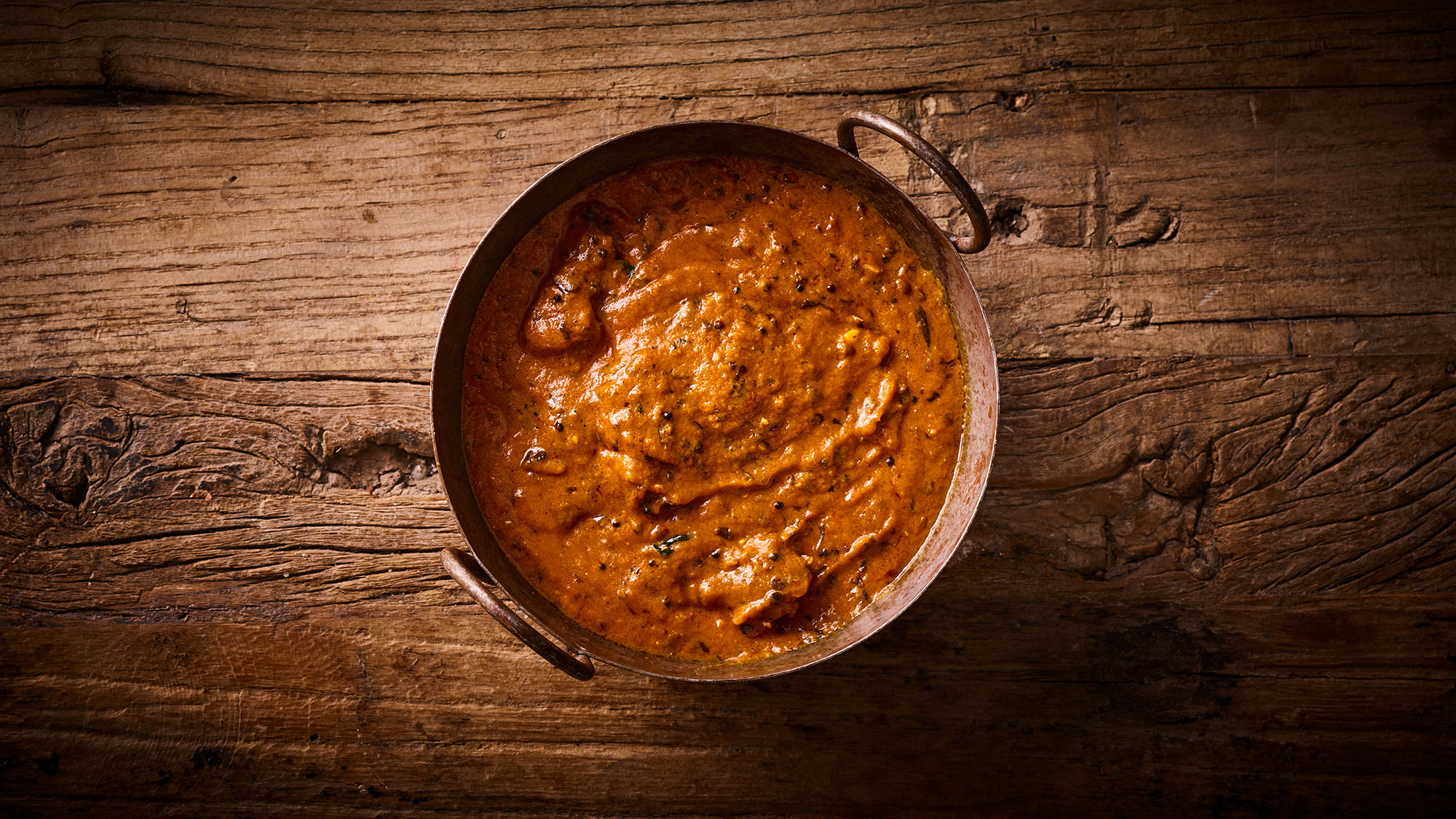 Attempting to say anything definite about Indian food is nearly an impossible task.In the immense and colorful country of India, there exists as many kitchens and culinary traditions as regions due to India’s great diversity of climates, agriculture, local traditions, and ingredients.

”I’m very inspired by the South Indian kitchen and particularly ingredients like coconut and tamarind”, says Amer Suleman. “The taste as well as the nutrition encapsulated in these ingredients is quite exciting for an adventurous chef. The inspiration for the Coconut Tamarind curry was more or less: “I wonder if I can create a nice curry from these two…””

On the one side of the Bindia spectrum, you’ll find the mild North Indian Korma and Butter curries, while at the other end, you’ll find the strong South Indian Madras curry. The Coconut Tamarind Lamb is more balanced and centered. It belongs to the same taste universe as the Madras curry but without the same intensity or amount of chili and mustard seeds. It might be conceived of as “South India for beginners” – semi-strong but with sweet Indian notes.

We only use meat from grazing sheep from New Zealand in our Coconut Tamarind Lamb, as this meat has the best smell and taste and doesn’t contain too much fat. We take measures to select for young, and therefore tender, meat, which we cut ourselves to ensure the final product is consistent with our standards.

Try our Coconut Tamarind Lamb at your local Bindia in Østerbro, Nørrebro, Frederiksberg, Amager, Lyngby, and Søborg, or simply order it here.

No items selected yet.